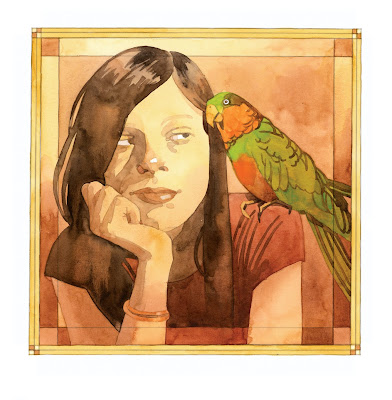 my brother recently asked me how i decide what type of stuff i put up on my blog. Was it purely an art blog or was it about your life in general, he asked.  I told him there was no rhyme or reason, and that I put up 'whatever I want.'
With that in mind, check out this photo from 1951 of aspiring comic book artist Martin Landau. 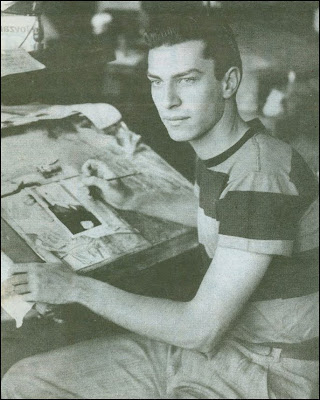 Posted by Mark Chiarello at 9:50 AM 8 comments: 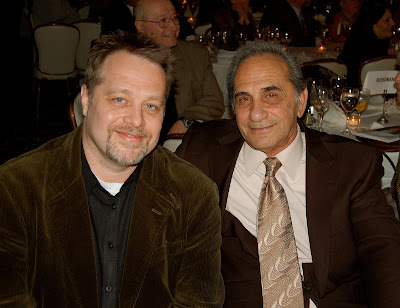 i found myself seated next to a wonderful Italian couple from Brooklyn. It was a charity event for ALS, and I'm usually self conscious at these things and tend to eat my dinner, have a few drinks, and not say much to anyone.
You can tell nice, real people the minute you see them. I looked the fella in the eyes and I knew. I just knew. The first thing out of my mouth was, "You're the guy." He smiled a shy, Bensonhurst smile and nodded. I said "you're the guy that caught the ball," and indeed he was.
Sal Durante was a 19 year old kid when he caught Roger Maris' 61st home run of the 1961 season. It broke Babe Ruth's immortal record and put Roger and Sal's photo on the cover of every newspaper in the country. For a few days, Sal was the most famous kid in America.
50 years later, last night, I sat next to Sal Durante and his wife Rosemary and talked about that day. They were warm and real and we enjoyed each other's company. There was no ego, no histrionics or steroids or money, just a wonderful guy and his wife, sitting next to each other, holding hands, just like they did on that day 50 years ago in the right field stands at Yankee Stadium. 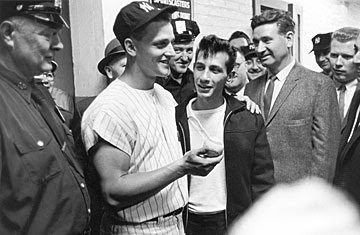