blame it on Uncle Walt... 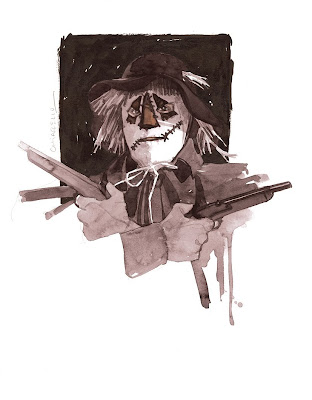 my very earliest memory is of being 4 years old and watching 'The Wonderful World of Color' (also known as "Disneyland") on a Sunday night in February 1964. The particular show that made such an indelible mark on me that night was "The Scarecrow of Romney Marsh" staring the brilliant Patrick McGoohan.
It's pretty much the tale of a Robin Hood-like character who haunts the British countryside in the area near the cliffs of Dover, thwarting the efforts of the King in order to subsidize the poor country folk.
A fine enough tale for sure, but it was McGoohan, dressed all in tatters and wearing the horrific burlap mask of the Scarecrow that scarred me for life. Me and my brothers were so taken with him in this guise (and his blood-curdling laugh), that we made our mom make up our faces to look like the Scarecrow himself. That next night, we ran around the neighborhood, cackling like a bunch of loonies.
I'm happy to say that Disney FINALLY rereleased the 3-part show in a special DVD set last year.
I'm also happy to say that collector Jim Droese recently commissioned me to do a painting for him of the character (above). It's the first time I've ever drawn him, and I must say, it was fun as all hell!
Posted by Mark Chiarello at 11:35 AM No comments: 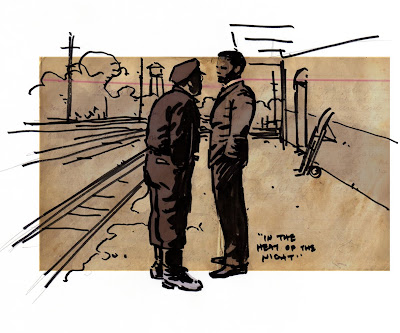 "Boy, it would give me a world of satisfaction to horse whip you, Virgil." 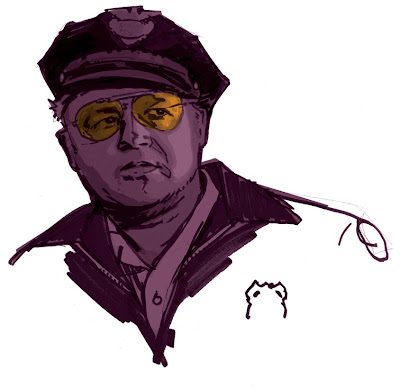 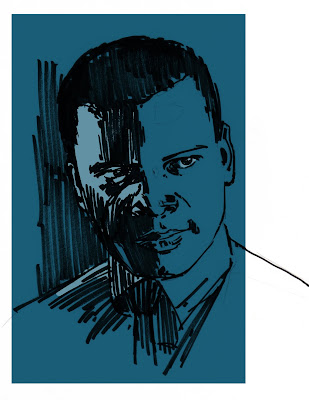